Way back in 1989 the Christian artist Steven Curtis Chapman wrote one of his hit songs entitled, Who Makes the Rules.  The chorus reads like this:

That is still a great song that rightly places the focus on the One who made the rules that govern this world; the Creator of all things. 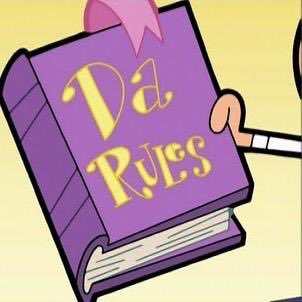 “Sovereignty” is defined as supreme power, or authority, which describes God and His rule over His creation.  This subject is of such great depth and breadth that authors have filled page upon page in its discussion.  And, you guessed it, I’m going to add a page or so.

Scripture is clear that God is theSovereign over all that exists, both seen and unseen.  In fact, His sovereignty is placed on display from the very first words of Scripture, Genesis 1:1.

In the beginning God created the heavens and the earth.[1]

That one act established and displayed clearly the supremacy, or sovereignty of God.  And that is just the beginning, no pun intended (maybe).

The remainder of Scripture is replete with descriptions and displays of God’s supremacy over all that He created.  For instance, following on the heels of the magnificent statement of Genesis 1:1, verse three follows with, “Then God said, ‘Let there be light”; and there was light.” Talk about supreme power, or might I say, a big bang; God spoke and BANG! It happened.

The remainder of the historical account of creation consists of one sovereign act of power after another until He completed His final creature, man, and closed with that wonderful pronouncement, “and behold, it was very good” (Gen. 11:31).

Following His final creative act God gave the rules, or rule, as it were.

Then the LORD God took the man and put him into the garden of Eden to cultivate it and keep it.  The LORD God commanded the man, saying, ‘From any tree of the garden you may eat freely; but from the tree of the knowledge of good and evil you shall not eat, for in the day that you eat from it you will surely die.’  (Genesis 2:15-17)

With that one statement we see God’s sovereignty AND answer the question, who makes the rules.  This should be the end of the debate.  Sadly, it only opens the debate further.

It is beyond the scope of a blog, or a book to discuss every passage that addresses, or displays the sovereignty of God.  In fact, it would take multiple volumes to accomplish that. However, it is my desire to take a few posts to discuss the sovereignty of God as it is presented in the pages of Scripture by walking through passages in both the Hebrew and Greek Scriptures.

Thanks for walking through this with me.