Skip to content
It’s been a long time since I’ve written.  If you know anything about my writing habits, you know I only write when I have something that I think is worth taking the time to read once written.  In this case, I’m sharing this post in response to an email that a visitor to our congregation had written to me. 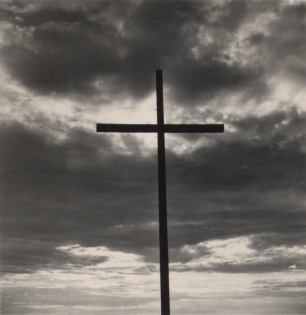 At the outset I will share that I realize this may cause some people to recoil in disgust and accuse me of denying the gospel, or any number of other horrible things that heretics do.  However, I can assure you that I neither deny the gospel, nor am I a hairy tick.  From my study of Scripture I believe that I am upholding the gospel as delivered by Paul and the Apostles.  Having said all of this, I direct your attention to what follows.
Dear ——–
Its good to hear from you, and thanks for the question.  I will do my best to offer a brief summary of what on the surface seems to be a difficult topic.

The first thing we must realize is that the issue begins with what one must do to be saved.  We believe that Paul (and John) clearly identified what it takes to be saved.  Acts 16 gives the account of the Philippian jailer who asked Paul and Silas, “what must I do to be saved?” (v. 30).  Paul’s answer was direct and to the point, “Believe in the Lord Jesus, and you will be saved you and your household” (v. 31).  Furthermore, in Romans 1:16-17 Paul again described the gospel by quoting Habakkuk 2:4, “But he who is righteous shall live by faith.”  The problem arises in part when Lordship proponents insist that a lost person must make a decision to turn from all of his sins and decide to “let” Jesus be Lord of his life, plus have faith, then he is saved.  This is in part based on their faulty definition of repentance.  To the Lordship proponent, repentance means to feel sorrow for sin, and decide to stop sinning.  To “make Jesus Lord on your life,” according to the Lordship proponent, the unbeliever must make this conscious decision prior to salvation.  Although sorrow for sin may be possible prior to salvation, and even a desire to never do it again may be possible, neither has any bearing upon one’s salvation.  Believing in Jesus, who He is and what He has done for us is the only requirement for salvation.  The heart of Paul’s discussion of the gospel of salvation is seen in the idea of faith; “Abraham believed God, and it was credited to him as righteousness” (Rom. 4:3).  “The righteous man shall live by faith” (Rom. 1:17).

Moreover, John’s gospel expresses over 90 times that salvation is attained by belief, or faith, both from the same Greek word. By the way, John never once mentions the word “repent” in his Gospel.  That is important to note.  Also, Paul only uses the Greek word for repentance five times in all of his letters, and only once in his tome on salvation and sanctification, Romans (2:4).  Many of the passages that Lordship proponents use to “prove” that repentance and turning from sin are part of what is necessary for salvation are found in the synoptic Gospels of Matthew, Mark, and Luke.  The problem is that these verses are not dealing with individual salvation, but with Christ calling Israel to return to the true worship of God in preparation for the coming kingdom.
In the Lordship salvation view, the two separate, but inextricably related topics of justification and sanctification are joined into one.  Justification is the act of God declaring the believer “not guilty” on the basis of Christ’s finished work on the cross.  The only part man plays in this is to accept the gift by faith.  It results in salvation and is a one time act.  On the other hand, sanctification begins at the moment of justification, and continues until the believer receives his glorified body.  Sanctification is linked to discipleship, and includes the process of maturing in Christ.  When the believer makes the decision to follow Christ in discipleship (and yes it is a secondary decision that every believer has to consciously make), the Holy Spirit guides the sanctification process, which results in the believer growing to maturity.
In Lordship salvation the decision to be a disciple must be made prior to, or in conjunction with faith/salvation/justification.  So justification and sanctification are the same.  Then the new Christian is expected, in theory, to never return to any of the sins of the old life. Momentary lapses may occur, but the “true” believer will never completely fall away from grace (see Heb. 2:1; 3:12; 4:11).  They also believe that there is no such thing as a carnal, or worldly Christian.  Our study of 1 Corinthians has demonstrated that this is definitely not the case.
A serious problem arises when the new believer finds that he/she still sins, and often seems powerless to stop.  If the teaching of Lordship salvation is taken to its logical conclusion, then the person who thinks that because he/she believe in Christ has been saved often doubts that he/she was ever saved.  I am one who once struggled with the idea of Lordship salvation because I could never find victory over my sin.  When this happens, there are three possible outcomes; either the immature Christian believes he/she has lost salvation (Arminian theology teaches this), or  that he/she was never saved in the first place (Calvinist theology teaches this).  The third option is the one that I took, which is to continually try to do things to make myself holy in the eyes of God (both Arminian and Calvinist theologies teach this if only by implication).  I never doubted that I was saved, but I knew that something was wrong and thought the only way to overcome it was to do more to make myself acceptable to Him.  I never knew that my position in Christ provided all of the holiness that I needed and it was all applied to my account in the eyes of God.
I didn’t mean to go on this long, but although it is a very involved discussion, it isn’t that complicated.  There are just so many side trails that you must go down to get a full understanding of the issue.
To summarize, we believe salvation is by faith alone, in Christ alone.  Discipleship is a decision that each believer has to make after salvation, although it is something that should stem from the believer’s gratitude for salvation.  It is a process that has ups and downs and can also be refused regardless of what Lordship proponents teach.  That is one reason why Paul constantly exhorts his readers to deny sin/self and live holy lives.  Lordship theology “front loads” the gospel with things other than faith alone.  Thus, I would say they teach another gospel.
I hope this is helpful.