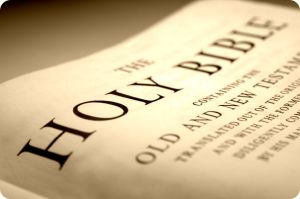 The canon of Christian Scripture is the foundation of the Christian system.  Therefore, it is the final authority for Christian thought, belief, and action.The question that must follow concerns authority: by what authority has this canon been determined? Men have put forth great effort into determining exactly which books belonged in the canon, but fallen man is not the final authority on such issues. If the books contained in the canon are indeed God-breathed, then He is the Authority to which man must turn to determine the canon of Scripture. This paper will examine the testimony of Jesus Messiah, the second person of the triune godhead, in order to argue that Scripture’s own testimony settles the debate over canonicity. In the end, the reception or rejection of the canon, and thus the testimony of Jesus, will depend on the faith, or lack thereof, of the reader.

The apostle Paul informed Timothy that all of the “sacred writings” are profitable the end result being that “the man of God may be adequate, equipped for every good work.” (2 Timothy 3:15-17, NASB) This flows well with his teaching that believers are God’s workmanship “created in Christ Jesus for good works, which God prepared beforehand so that we would walk in them.” (Ephesians 2:10, NASB) Since Christians are the result of God’s workmanship, and He has prepared works for them to complete, then it is reasonable to believe that the sacred writings that He supernaturally delivered to man, and providentially preserved through the centuries contain what must be known by His people in order to complete their work. To this end, it is also reasonable to believe that He gave and preserved His own testimony concerning what writings constitute the sacred writings. Jesus offered such testimony concerning both the Hebrew and Greek Scriptures.

Jesus and the Hebrew Canon

That the canon of the Hebrew Scriptures was unquestioned in the early Church is settled fact. As F.F. Bruce wrote, “They accepted the Old Testament scriptures as they had received them: the authority of those scriptures was sufficiently ratified by the teaching and example of the Lord and his apostles.”[1] However, as has already been stated, it is Jesus’ own testimony that gives the final, authoritative stamp upon the Hebrew Scriptures. When Jesus testified concerning Scripture He was offering God’s own perspective and stamp of authority on the words of the Old Testament. As John wrote, “For He whom God has sent speaks the words of God” (John 3:34).

There are three traditional divisions of the Hebrew Scripture, the Torah (also known as the Law of Moses, or the Pentateuch) the Nevi’im (the prophets), and the Ketuvim (the writings). These three divisions consist of the same basic books that are in the present day canon the only difference being the divisions in two books that were originally combined, i.e. Samuel (1 & 2) and Ezra-Nehemiah. Although this is not the focus of our investigation, it is necessary to understand in order to properly interpret Jesus’ testimony concerning the Scriptures for this division comprises the Hebrew Scriptures to which Jesus consistently turned during His earthly ministry. Jesus directed His disciples to this division as “the key to the Scriptures…all that which concerns Himself in the Law of Moses, the Psalms, and the Prophets.”[2] Luke 24:44 reads “These are My words which I spoke to you while I was still with you, that all things which are written about Me in the Law of Moses and the Prophets and the Psalms must be fulfilled.”[3] In fact, the recorded words of Jesus are filled with references to or quotations from these three sections. Rene Pache states that “One tenth of His words were taken from the Old Testament….180 of 1,800 verses which report His discourses are either quotations of the written revelation or else direct allusions to it.”[4]

Further, when one looks more closely the quotes and allusions may be seen to identify each of the divisions separately. First, in Jesus’ confrontation with Satan three times He quoted from the Torah, in particular from Deuteronomy (8:3; 6:16; 6:13, cf., Matt. 4:4, 7, 10). He also validated the Genesis account on multiple occasions as well as the creation of Adam and Eve (Matt. 19:4-5). In these two accounts alone He addressed the beginning and completion of the Torah. Second, Jesus identified Jonah as a prophet and used Jonah’s time of being swallowed by the great fish as an illustration of His own impending death, burial, and resurrection (Matt. 12:40-41). In doing so Jesus validated the latter prophets. Jesus also did the same for the former prophets when He used the example of Elijah and the widow, Zarephath, in Luke 4:26. Finally, Jesus included the Ketuvim, the writings, as He quoted from the Psalms on numerous occasions, as well as quoting Daniel including His favorite title for Himself, “Son of man.” Each of these quotations, or allusions serves to demonstrate that Jesus viewed the entirety of the Hebrew Scriptures as the God-breathed, authoritative canon.

It is easy to accept that Jesus identified the Torah and Nevi’im, but the question of the Ketuvim may need more explanation. In Matthew 21:42 Jesus asked the religious leaders if they had never read a particular passage from “the Scriptures.” He then quoted from Psalm 118:22-23. This illustrates Jesus’ words to the disciples in Luke 24:44 when He referred them to His teaching from the Psalms. The Jews often used the first words of a Hebrew book as its title, which is similar to what Jesus did by using the term Psalms. In fact this form of shorthand was quite common, as Greg Gilbert has described it, “the Jews often used a shorthand to refer to the books of their Old Testament, either “the Law, the Prophets, and the Writings” or, more simply, ‘the Law and the Prophets.’…(the book of Psalms representing the Writings as the largest book in that collection).”[5] And when using this form in His teaching Jesus “was endorsing and ratifying the authority of the entire Old Testament from start to finish.”[6] Dr. Chris Cone concurs with Gilbert, asserting “Psalms is the name of the first book of the section called the writings, and it would be consistent with the practice of using that as the name for the entire grouping of books. In other words, Psalms would be the title for the entire section called the Writings, the Ketuvim.”[7]

It is clear from this short examination of Jesus’ view of the Hebrew canon that one may conclude that the existing canon found in Protestant Bibles is the same as that of Jesus’ day. Gilbert offers a fitting conclusion; “Here’s why all those large books [on topics such as transmission, canonization, etc.] will begin with the belief that the Old Testament is the Word of God: because Jesus the resurrected Messiah, said it was. And therefore we believe it.”[8]

Jesus and the Greek Scriptures

Jesus told the eleven disciples that He was going to send “the Spirit of truth” who would “guide you into all truth” (Jn. 16:13). He, in turn, sent them out to make disciples using what He had taught, and what the Spirit would teach (Matt. 28:19-20). The disciples were given apostolic authority in the new entity, the Church. New Testament scholar N. B. Stonehouse addressed the topic of apostolic authority:

“[apostolic authority] which speaks forth in the New Testament is never detached from the authority of the Lord. In the Epistles, there is consistent recognition that in the church there is only one absolute authority, the authority of the Lord himself. Wherever the apostles speak with authority, they do so as exercising the Lord’s authority. Thus, for example, where Paul defends his authority as an apostle, he bases his claim solely and directly upon his commission by the Lord (Gal. 1 and 2); where he assumes the right to regulate the life of the church, he claims for his word the Lord’s authority, even when no direct word of the Lord has been handed down (1 Cor. 14:37; cf. 1 Cor. 7:10)…”[9]

Jesus passed His authority to the Apostles, and Paul’s testimony is only a sampling displaying the same authority given to the others. Thus, as Paul’s writings carry the authority of Jesus Christ, so, too, the writings of the others of whom we have the written messages. Therefore, when one reads the Gospels of Matthew and John, or the letters of John and Peter, or the Revelation of Jesus Christ given to the Apostle John he may be sure that he is reading the inspired word of God with all of the authority of the Hebrew Scriptures. This is the “amazing chain of authority”[10] that Jesus described in the aforementioned passage in John’s gospel. When an Apostle wrote under the leading of the Spirit what he wrote was God-breathed and authoritative, and therefore, must be accepted as canonical. how to handle the influx of Gentile believers (Acts 15:13-22). Further, Paul confirmed James’ apostolic authority in his letter to the Galatians (1:19). It should also be noted that both James and Jude were present in Acts when Jesus promised the Holy Spirit would come upon them all (1:13-14).

That leaves the question of the Gospels of Mark and Luke, and Acts. Although neither Mark nor Luke were Apostles, both received endorsements from Paul. For instance, Paul said “Pick up Mark and bring him with you, for he is useful to me for service” (2 Tim. 4:11), thus commending Mark’s ministry and, by implication, his writing. Paul also affirmed Luke in the same passage when he identified Luke as the last man standing with him at the end of his ministry. Paul’s authority was directly from Jesus (Acts 9:4-6, 15-16), and it was in Paul’s warning to Timothy concerning false doctrine that he offered these commendations. At this point, one must reiterate that this is the chain of authority that had been established by Jesus, through Paul, and down to Mark and Luke.

However, there remains one book that has not been established as authoritative, and thus canonical. That is the book of Hebrews. The great difficulty lies in the fact that the author is unknown. What may be stated as fact about the author is he must have been a second-generation believer (Heb. 2:3).  Many arguments have been made in attempts to promote various biblical figures as the author, but without historical confirmation, all of these arguments are merely conjecture.  Beyond this point, the only argument that may legitimately be made is that the Christology and other doctrines addressed in the letter are completely in line with the other authoritative, canonical writings.  Based on that fact alone may it be deemed canonical.

Peter offered an excellent example of the Church’s recognition of canonicity in his remarks concerning Paul’s letters; “and regard the patience of our Lord as salvation; just as also our beloved brother Paul, according to the wisdom given him, wrote to you, as also in all his letters, speaking in them of these things, in which are some things hard to understand, which the untaught and unstable distort, as they do also the rest of the Scriptures, to their own destruction” (2 Pet. 3:15-16). Peter clearly understood that when Paul spoke he spoke with the authority of Christ Himself. As stated in the opening remarks of this paper, in the end, the reception or rejection of the canon, and thus the testimony of Jesus, will depend on the faith, or lack thereof, of the reader. However, acceptance of the Bible is not founded on blind faith for the Bible attests to its authenticity and authority in many ways, but none more authoritative than that of the Savior Himself. Because of this, we can agree with Gilbert’s summation; “In the end,…the answer a Christian will give to the question, “Why do you trust the Bible?” is, “Because King Jesus the Resurrected endorsed the Old Testament and authorized the New.”[11]

[9] Ned B. Stonehouse, “The Authority of the New Testament.” The Infallible Word (Philadelphia: Presbyterian and Reformed Publishing Company, 1946), 117-118. Quoted in Josh McDowell, Evidence that Demands a Verdict (Campus Crusade for Christ, Inc. 1972), 41.